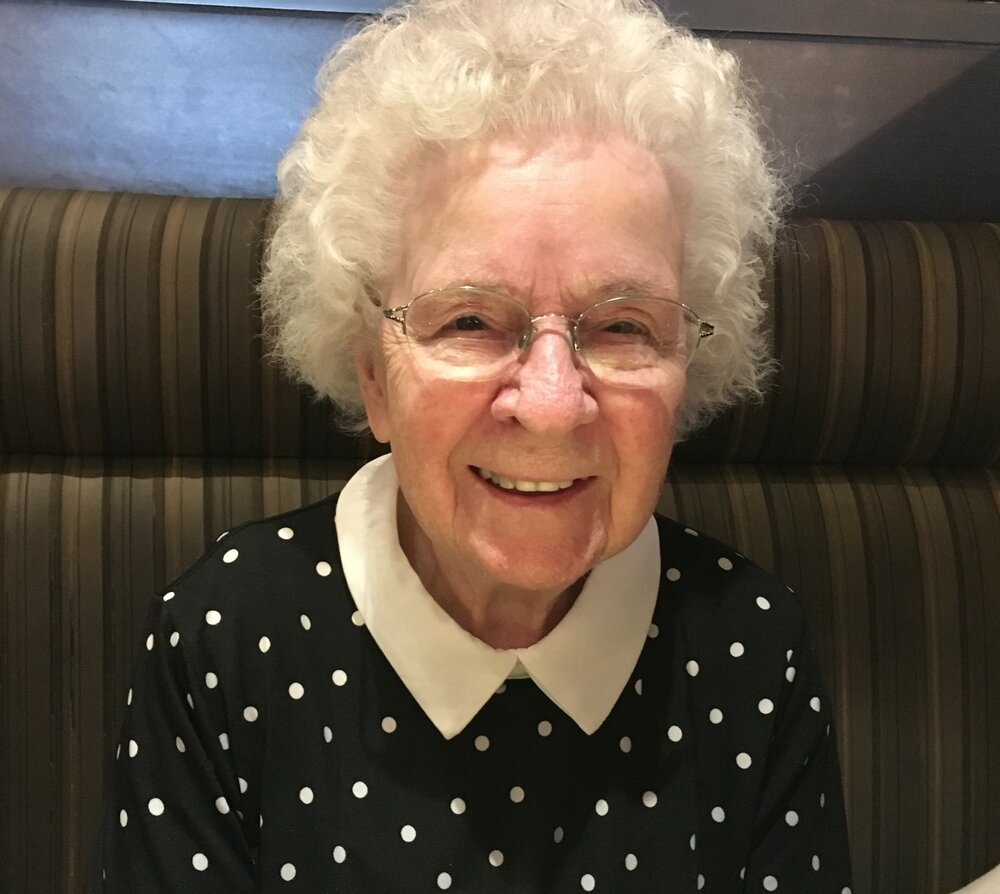 Please share a memory of Vera to include in a keepsake book for family and friends.
View Tribute Book

Vera Lillian (Warren) Sayers passed away peacefully in the early morning hours of July 21, 2022, at her care residence home in Brampton, ON. She was over 102 years old at the time of her passing. Born in Montreal on December 4th 1919, Vera was the youngest of 3 children. She is predeceased by her parents, brother, sister, her first husband Foster Warren and her second husband Earl Sayers. Vera is survived by her children; Cliff and Bev and their spouses, 9 grandchildren and 5 great-grandchildren.

Vera was married to Foster during the 2nd World War and post-war, worked for many years as an executive secretary. Vera and Foster moved from Montreal to St Catharines, ON in the late 1980’s and as per Vera’s account, Foster said, “What took you so long to get me here?”  Prior to the move, Vera started Bachelor of Arts (BA) studies in psychology with a focus on gerontology at Concordia University in Montreal. A few years after the move, Vera completed her studies fulfill the remaining degree requirements and graduated from Concordia with ‘Honours’ at 71 years old. In Vera’s case, the study of gerontology was most appropriate given her age. She was the oldest in her graduating class.

Vera and Foster lived in St Catharines for several years and they both loved the warmer climate there. Foster passed in December 1994 at the age of 77. Shortly thereafter, Vera met Earl and after a brief courtship they were married and moved into a condo together. They were married for 10 years before Earl passed at 92 years old. A few years before Earl passed, they both moved into the care home in Brampton. Since Earl’s passing, Vera has been in residence at the care home for over 13 years and was engaged in many activities in this period of her life. She was a beloved celebrity at the care home where she was the oldest resident, still able to walk, get around and, effectively communicating with all those around her, which, at times, kept everyone on their toes.

Vera has lived a long and full life and her family and friends will miss her dearly.

In Memoriam Funeral Services Inc. has been given the honour to serve the Sayers Family.

Share Your Memory of
Vera
Upload Your Memory View All Memories
Be the first to upload a memory!
Share A Memory