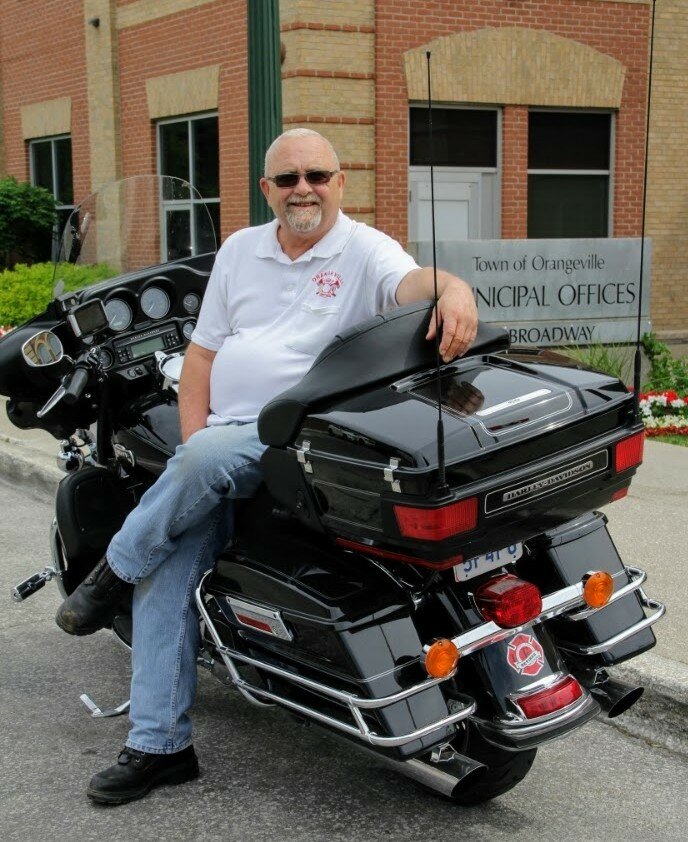 It is with profound sadness that the family of Bruce Beatty announce his passing on June 23rd, 2022, at the age of 70 in Orangeville, Ontario, after a very brief battle with cancer. Adored husband of 39 years to Ursula Beatty (Eggers), best friend and love of his life. Cherished dad to Rob Beatty, Steve Beatty (Leontyne), and Jeff Beatty (Alicia). Loving grandpa to Cody, Elizabeth, Cole, and Jace. Beloved son to the late Oscar and Blanche Beatty, stepson to the late Fred Gillespie, and beloved son-in-law to Ed and the late Meta Eggers. Treasured brother to Ruth and her husband Bill Huddleston, and brother-in-law to De Eggers. Adoring uncle to Paul Huddleston and Kim Bradford (Chris). Bruce will undoubtedly be missed by many friends, and former colleagues.

Bruce was a humble man of many talents. He began his career as a businessman as co-owner of Orangeville Business Machines in 1979. Bruce joined the Orangeville Fire Department in January of 1985 as a Volunteer Firefighter. In April of 1998, Bruce was appointed Acting Captain in the Volunteer Ranks and a few years later, in 2002, he was appointed Captain. Bruce closed his business, and in November of 2003 he obtained the position of full-time firefighter. In 2008, Bruce was promoted as Orangeville’s first Full Time Training Officer, a position he held proudly until his retirement in June 2017. Bruce was a dedicated member of the Orangeville Fire Department for 32 years and assisted in the development of many fine Firefighters. He was also the recipient of both Federal and Provincial Medals recognizing his contribution and commitment to the Fire Service.

Following Bruce’s retirement in 2017, he stayed connected with many members of the Fire Service. He absolutely adored his motorcycle and ventured on numerous trips across the province with friends who will miss him dearly. He and his wife Ursula took many rides together as well, always making sure to stop for an ice cream somewhere along the way. Bruce was also a talented craftsman in wood working for many years, finding enjoyment in his creations, and even designing plans that sold worldwide. Many friends and family have creations Bruce made that they will cherish forever.

Words of Remembrance for Bruce will take place at 2:00 p.m.

For those who wish, in lieu of flowers, the family asks for donations to be made in Bruce’s name to Camp Bucko.

In Memoriam Funeral Services Inc. has been given the honour to serve the Beatty Family.