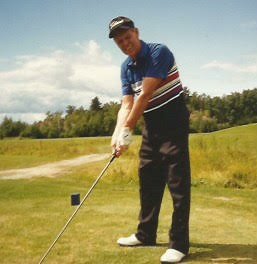 Please share a memory of Edward to include in a keepsake book for family and friends.
View Tribute Book

Edward John Potts passed away peacefully at Wellington Terrace Long Term Care  on October 16, 2022, less than one month before his 89th birthday. Husband of Avril Potts (2004) Father of Steven Potts (1974) and Stacey Valente, Grandfather of Michael, Merissa and Daniel Valente

Born in Hayes, Middlesex, England, John began his Aviation Hydraulic Apprenticeship at 16 years old at Fairey Aviation and immigrated to Toronto with his wife and then 2 year old son in 1956.  John continued to work in Aviation, working at AV Roe on the Avro Arrow until the project ended. During his career he was involved with the Canada Arm on the Space Shuttle, was responsible for installing the antenna on top of the CN Tower, installed the hydraulics for the ferry docks at Toronto Harbour (in the pouring rain, frozen and soaked to the bone as he would tell everyone) along with many other projects throughout the GTA . After retirement at age 70 he continued to play golf for several years. In his younger years he was an avid fisherman and gardener. After teaching himself how to skate, he loved to play hockey on the “Old Timers” Hockey team he ran. He played defence and was very proud of his nickname “Grabber Potts”

At the request of John no funeral service will be held, cremation to take place.

In Memoriam Funeral Services Inc. has been given the honour to serve the Potts Family.

Look inside to read what others have shared
Family and friends are coming together online to create a special keepsake. Every memory left on the online obituary will be automatically included in this book.
View Tribute Book