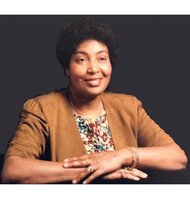 It is with great sadness we announce the passing of Winnifred Celestine Puranda. On the morning of July 4th, 2022, Winnifred died at the age of 73 at Bethell Hospice in Inglewood, Ontario after a lengthy illness.

Winnifred (a.k.a Peggy) was born in St. Elizabeth, Jamaica. She immigrated to Toronto, Ontario, Canada December 24th, 1966 at the age of 17. She arrived in a summer dress and sandals on a snowy day. It was the first time she had ever seen snow. Winnifred worked for over 30 years at Canadian Tire before retiring. She was a loving mother, grandmother, sister and friend who will be deeply missed.

A memorial service will be held for the family at a later date. As expressions of sympathy, donations can be sent to Bethell Hospice and/or the Canadian Cancer Society will be greatly appreciated.

In Memoriam Funeral Services Inc. has been given the honour to serve the Puranda Family.