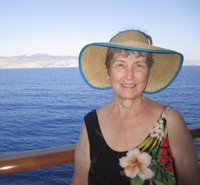 Jane Lee BLEARS (nee Hamilton) May 12, 1949 – September 21, 2020 It is with great sadness that we announce the passing of Jane Lee Blears (nee Hamilton). Through her amazing determination and the wonderful care she received at Princess Margaret Cancer Centre she bravely fought and beat a courageous battle with Leukemia (AML), but suddenly fell ill. Throughout her fight she remained positive. Jane passed away peacefully on Monday, September 21st at 6:40pm at Headwaters Health Care Centre. Jane was an amazing woman who touched countless lives. She was the devoted wife to Bruce Blears for almost 47 years, best friend and travelling companion for 52 years. She was a loving and amazing mother to Krista Blears, Kara Mallard and Laura Jones (Curtis). Jane was a caring and devoted Grams to Tristan Castonguay (Amanda), Aiko and Mira Mallard. She was also the proud Great Grams to Theodore Castonguay. Jane was a caring sister to Patty Nichols (Garry), Merril Hamilton and Evan Hamilton (Debbie). She was a loving Aunt to Noah Nichols and Carly Lind (Steve) and cherished Great Aunt to Damian Lind, Grayson and Elle Nichols. Jane loved her extended family, which included co-workers, Lions Club members, the many foreign exchange students, and many others. Jane was a nurse at Dufferin Area Hospital and Headwaters Health Care Centre for many years, assisting in founding the Diabetes program there. She worked as a travel agent for Expedia Cruiseship Centers. She was actively involved in the community serving as President, Secretary and charter member of the Amaranth Lions Club. She was a Melvin Jones Fellow. Jane won an International Lions President’s Award, a Bill Moody Memorial Award, and many other awards. Jane was Zone Chair for 2 years, A-9 Chair for diabetes, A-9 Chair for the Be a Donor Green Ribbon Campaign. Volunteer work in Orangeville included Walk for Dog Guides, Bravery Park, Vision Screening, Communities in Bloom, and countless others. A memorial service will be held at a later date. In lieu of flowers, donations can be made to your favourite charity. Some of Jane’s favorite charities included BeaDonor.ca, Dog Guides, Diabetes, Multiple Sclerosis Society, The Kidney Foundation, Autism, Lions Clubs, Big Bothers and Big Sisters of Dufferin County, Princess Margaret Cancer Centre, Royal Victoria Hospital and Headwaters Healthcare Centre. We wish to thank the amazing doctors, nurses, and staff at Princess Margaret Cancer Centre in Toronto, The Royal Victoria Hospital in Barrie and Headwaters Health Care Centre in Orangeville for their wonderful care, compassion and support throughout Jane’s battle with Leukemia. Jane touched so many lives around the world, and she will be deeply missed. Online donations and condolences may be made at www.imfunerals.com In Memoriam Funeral Services Inc. has been given the honour to serve the Blears Family